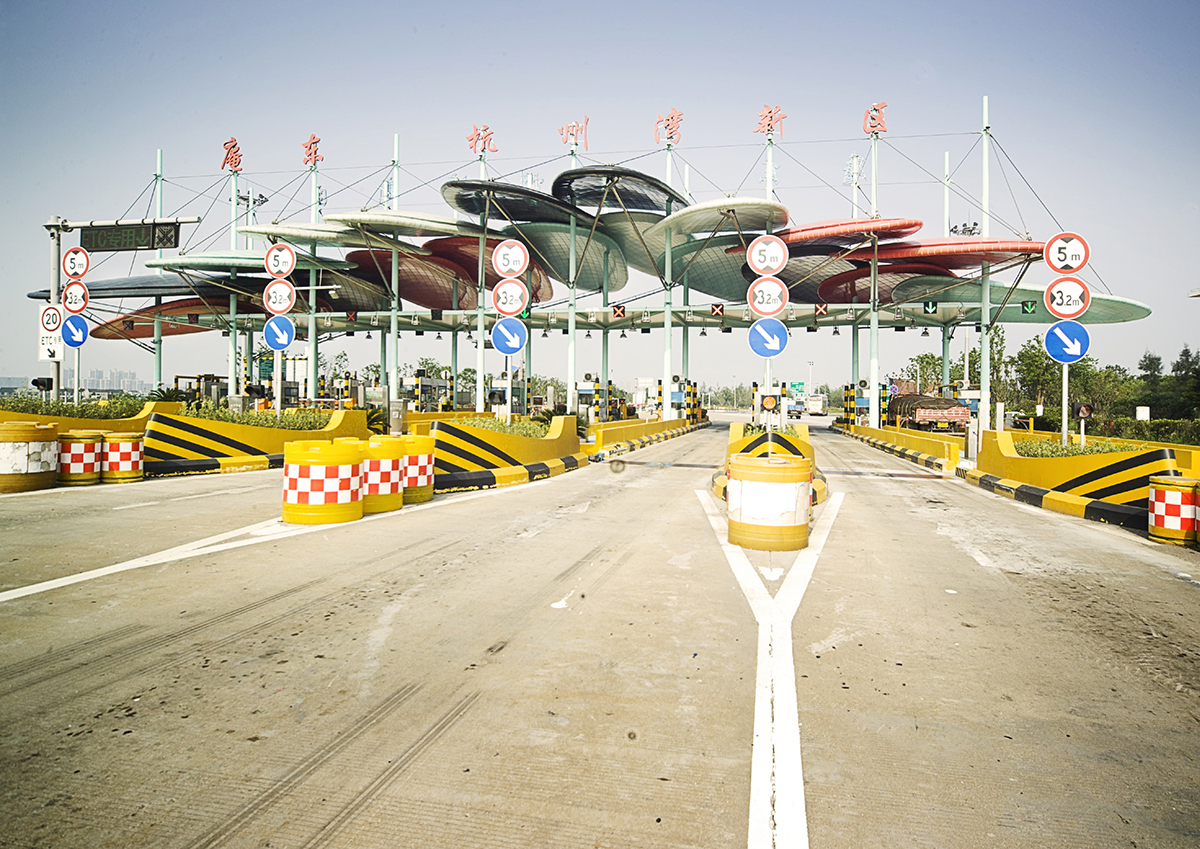 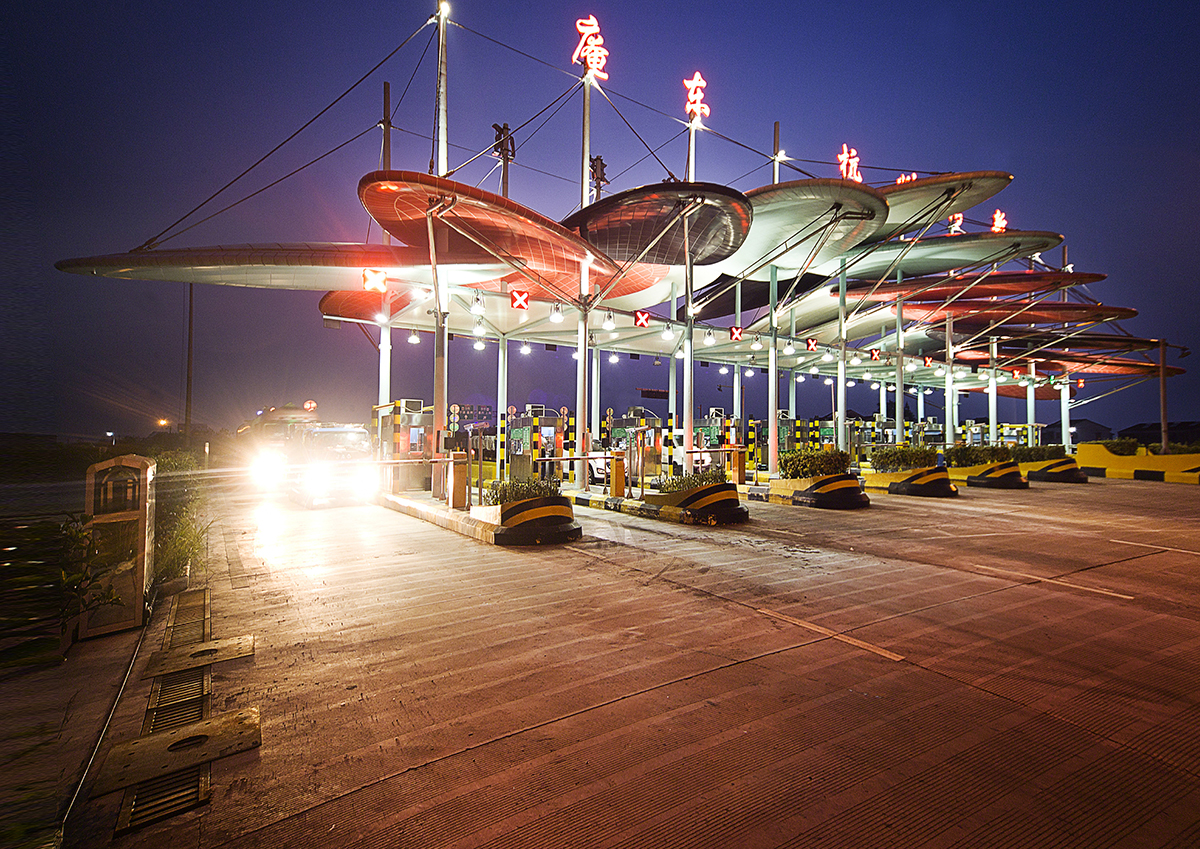 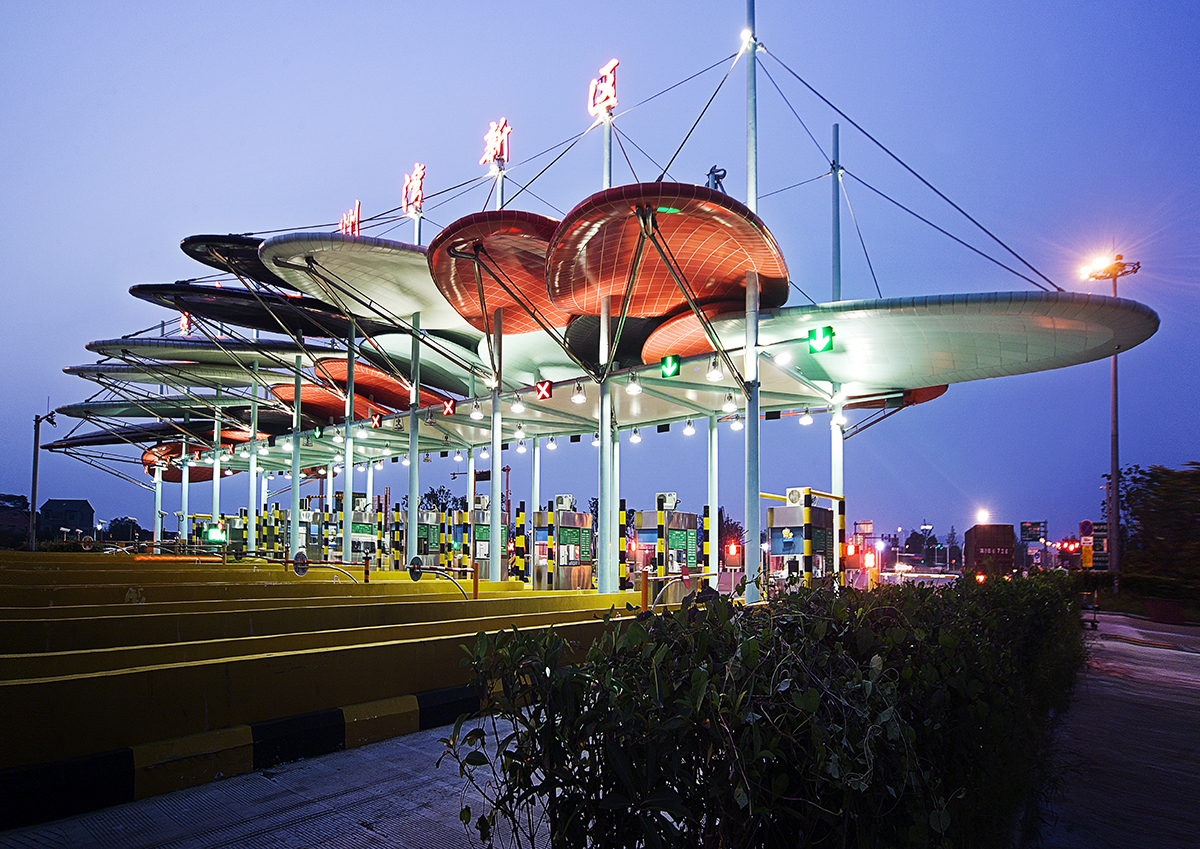 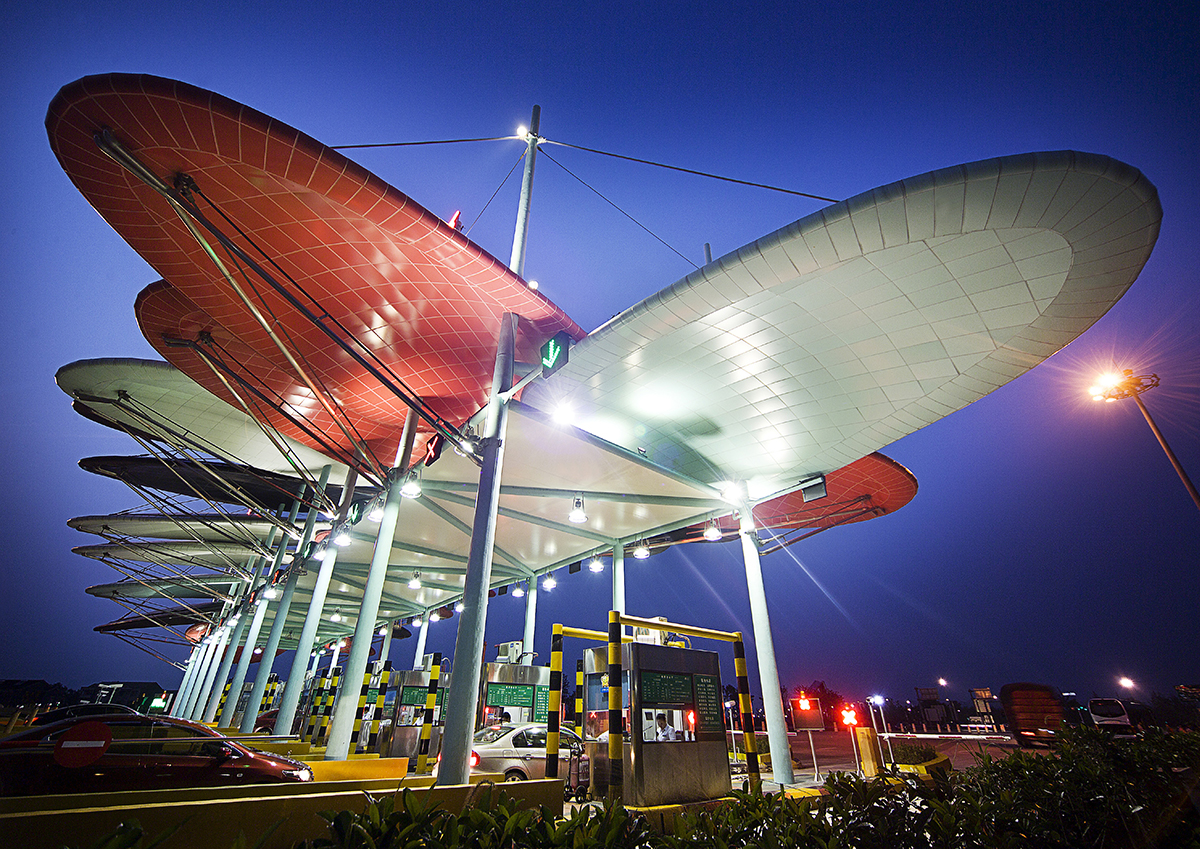 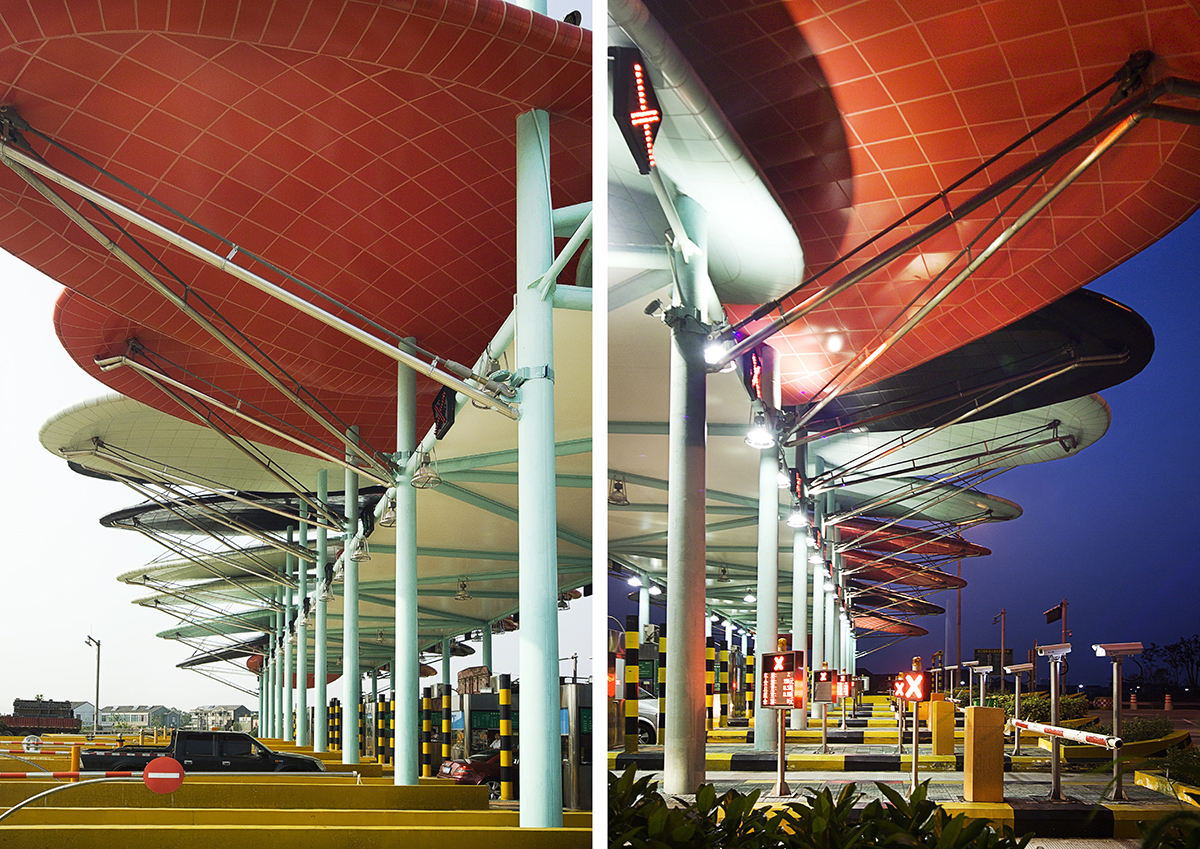 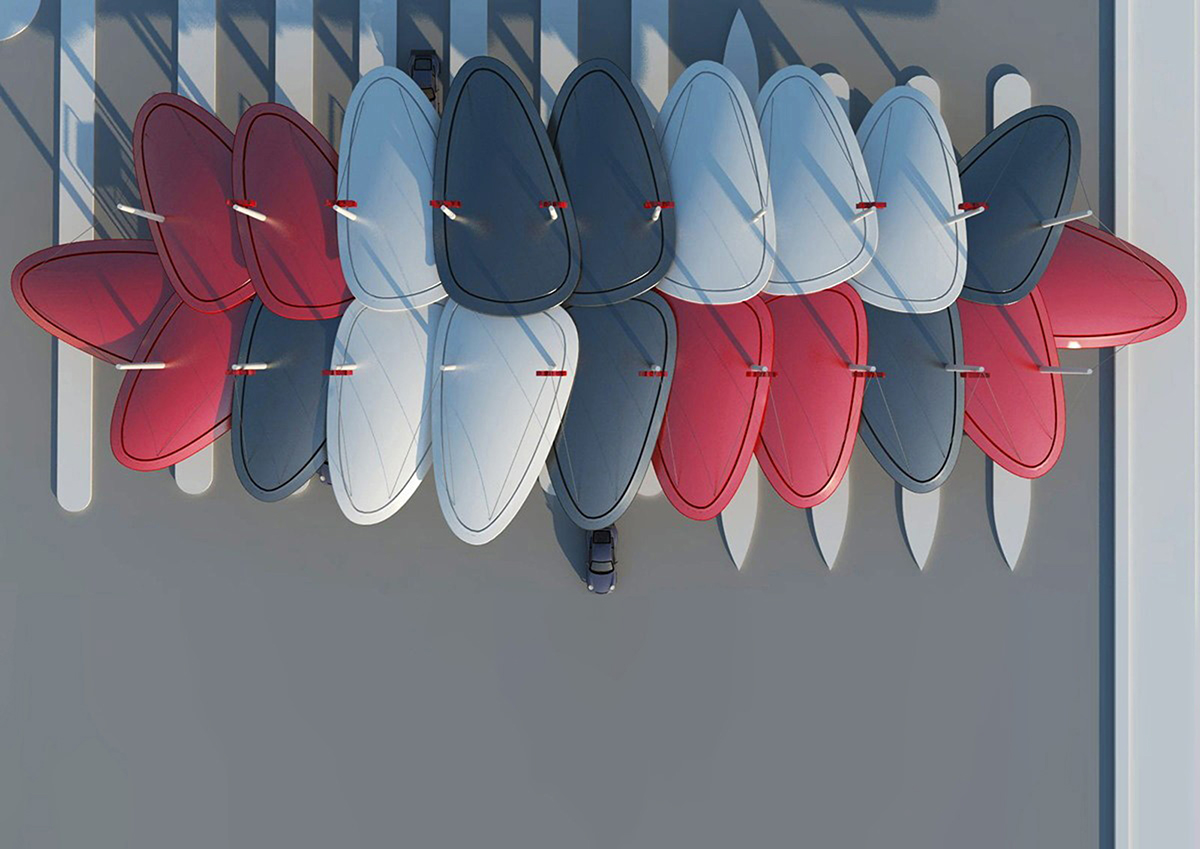 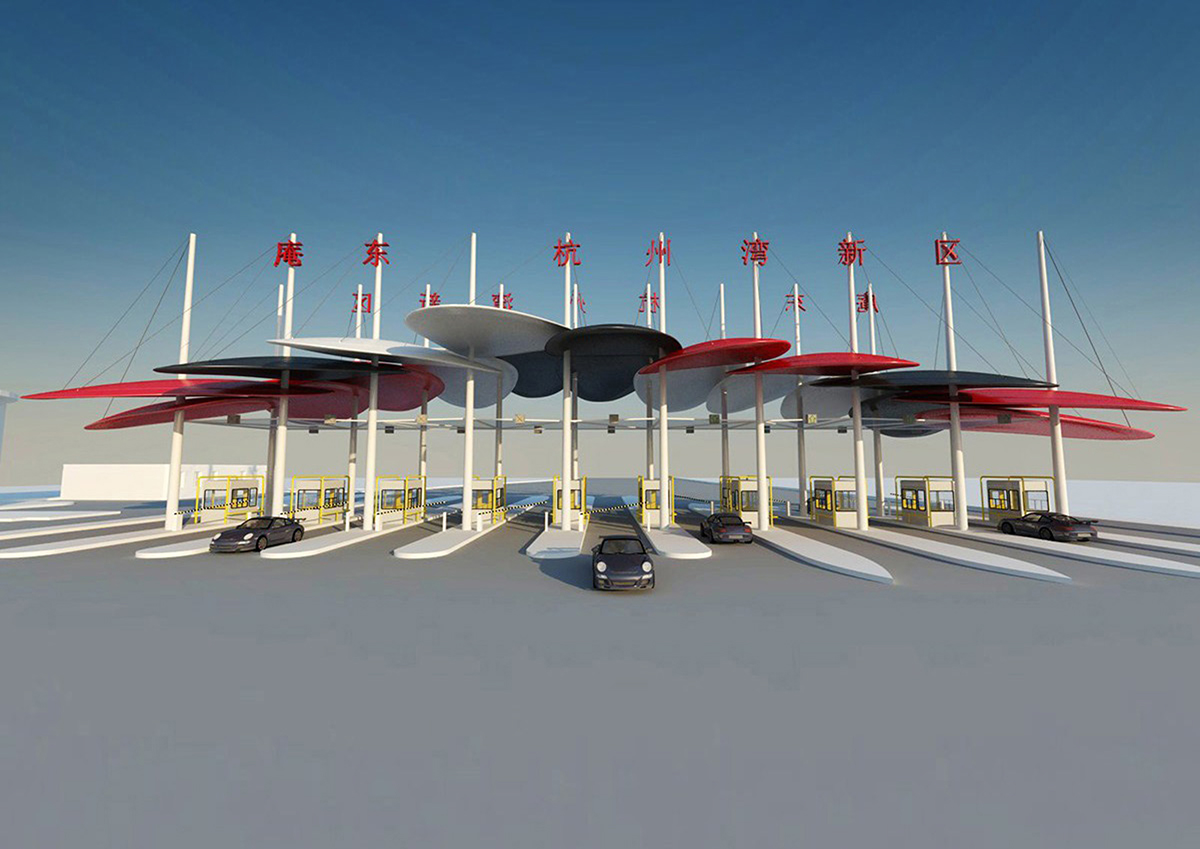 The redesign and expansion of the An Dong bay highway west of Hangzhou Bay called for the creation of a pay toll, a symbol of an introduction to globalization and the modernization of the bay of Hangzhou. From the four proposals presented, the Fish Scales contained the critical elements that defined it as the optimal solution: 1. Conceptually Hangzhou Bay is related to the sea and the fishing industry. 2. A heterogeneous structure generated by a series of standardized components reduces production and construction costs. 3. Unlike other toll structures that are composed of a continuous volume, this fragmented set of hanging curvatures provides a feeling of lightness that differs from the common conceptions of toll structures in China.